Applying the Human Animal Bond in a Therapeutic Intervention

The findings of Martin and Farnum’s study reflect previous research, suggesting that animals can encourage the growth of desired communication skills. However, it remains unknown whether the changes were as a result of the dog itself or whether they were due to the combination of all three conditions (live dog, stuffed dog and ball). Additionally, the child was not given a choice of various stimulus items, but rather they were given a specific item in each session. Allowing a child to choose a stimulus item reinforces positive engagement in an activity and encourages exploration of their surroundings. It also increases their motivation to comply with the activity (Linn 2008). As a result, the findings may be skewed, as a child may have engaged more with something they chose rather than something they were given.

Although AAT interventions are now becoming increasingly common (Fine, 2006), and many studies have been carried out suggesting that AAT has a positive impact on humans, a review of the literature reveals the lack of solid scientific data on the efficacy of these various methods. It was only recently that any scientific attention has been devoted to the connection between companion animals and physical well-being in humans (Wells 2009). This is not to say that it is yet scientifically approved, but rather that further attention is being paid to expanding its theory and to further recognising AAT as an official and legitimate means for treating patients and clients.

A pilot study was carried out by Sams, Fortney & Willenbring (2006) aimed at incorporating animals in the treatment of children with autism. This research proposal attempts to build on these findings by observing the participants using the very same behavioural rating form that was used in the pilot study. Several changes were made to the method and procedure with the aim of enhancing and complementing the findings. The pilot study was based in Virginia and was designed as a school-based OT service, providing AAT treatment for seven to thirteen year olds with a primary diagnosis of autism, with some participants diagnosed with multiple developmental disorders.

Many studies have taken a sample size of children between the ages of two and thirteen. The potential risk is that this age range impinges on several markedly different developmental stages (Fine 2010). This could therefore distort the findings of the behavioural changes, as children respond in different ways depending on the stage of development they are at. Children are generally diagnosed with autism at the age of three (Gross 2005); by the age of five, the child would have developed stereotypical autistic tendencies (Moore & Goodson 2003).

Long-term effects of AAT have been well documented and validated. However, due to the nature of a short-term study it is inherently difficult to establish improvement trends in participants due to time constraints.

The following study will look at “incorporating animal assisted therapy as an Occupational Therapy intervention to assess the impact Animal-Assisted Therapy has on the behaviour of children with Autistic Spectrum Disorder.”

To learn more, downloadable versions of the report are available for a small fee.
Please contact the K9 Consulting web team to order yours. 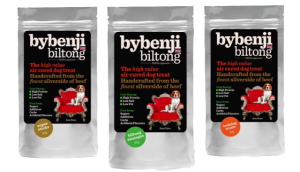